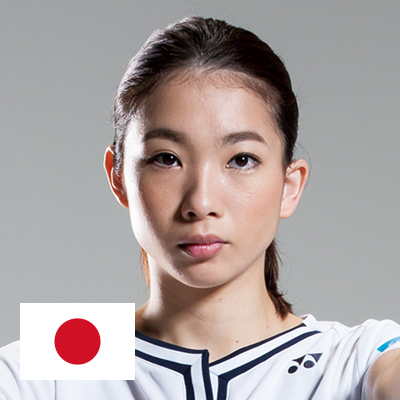 Ranked No.1 in the world in Badminton Women's Doubles(as of August 2017, as a pair of Takahashi and Matsutomo). She started playing badminton at the age of 6. She won first places in All Japan junior highschool championship, All Japan high school championship, and so on. She joined Nihon Unisys, Ltd. after she graduated from high school. In 2016, she won the gold medal at the Olympics, for the first time in the history of badminton in Japan.

Just before the World Championship, I was injured on my left knee in Denmark, and the athletic trainer of the national team recommended that I use the ZAMST support. I've been using it for many years since then. All of the supports that I am using are perfect and its comfortable fit is my most favorite point. Its tight-fitting is appropriate for me and I feel secure and natural.