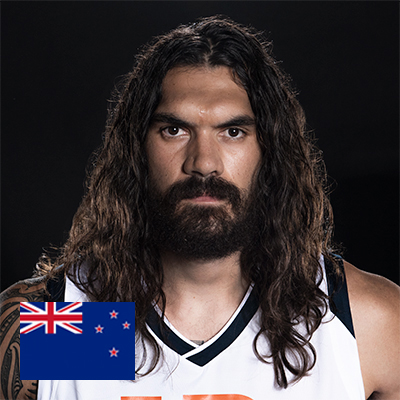 A large 213-cm-tall player from New Zealand who serves as a center for Oklahoma City Thunder.
In 2013, Adams was named 12th in the Draft of the Oklahoma City Thunder and is one of the best leaders and inside defenders in the league. He is a popular player who has impressive long hair and moustache. His splendid dunk shots and block shots attract many fans.