Prologue of Zamst – Our history began with launch of medical ankle support.

How Zamst began. It began with the development and launch of the ankle support for medical purposes. Foreign-made lace-up braces used to be the mainstream for sport injury treatment of the time. We developed a support with a completely new concept by integrating guards made of resin. Top volleyball team fully applied our products for injury prevention.

“Can we utilize a new concept ankle support for injury prevention?”

An opportunity that medical product converted to sport product arose from an idea of a team doctor of the top volleyball team of the time. Thanks to his bold decision, all the players decided to use our products for injury prevention. Meanwhile, we started researching, evaluating and developing products with in full-scale high durability and strength strenuous movement.

Rising attention to our products by success of the players.

We received a large number of inquiries about our products as the top volleyball team made big strides in international competitions. We decided to enter “sports market” where we had not had any sales experience nor distribution channel.

The birth of Zamst – Launch of the brand to support and protect athletes.

We launched a brand for athletes who always struggle along with injury risk based on our knowledge, technology and achievement fostered in the medical field.

The beginning of Zamst as “ATHLETE SAVER”.

Focused on public awareness activities for top athletes and students of the club teams.

Full-model change of “ZAMST A2”, a flagship product.

In 1995, we fully remodeled “Zamst A2”, our flagship product for the ankle. It has been remodeled for four times up to now and highly recognized by famous top athletes. 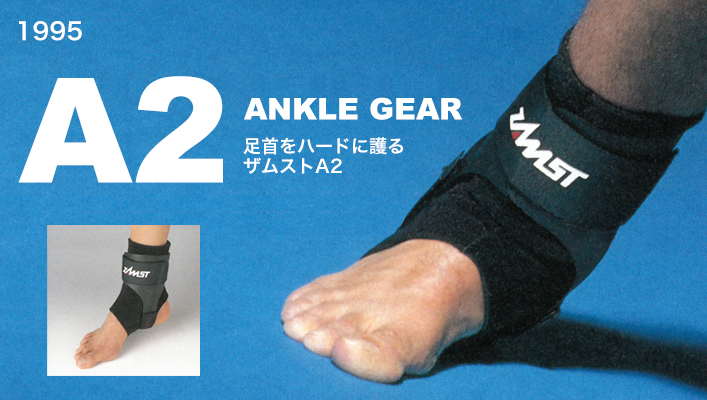 We carried out product improvements and specification changes by listening to the voices of sports medicine physicians, athletic trainers and athletes. We launched more products for other body parts such as elbow, wrist and shoulder to broaden our lineup.

Fully remodeled the knee supports (KW series) in 1996 and the lower back supports (ZW series) in 2000. We aimed to improve functions by applying three-dimensional design and new materials. 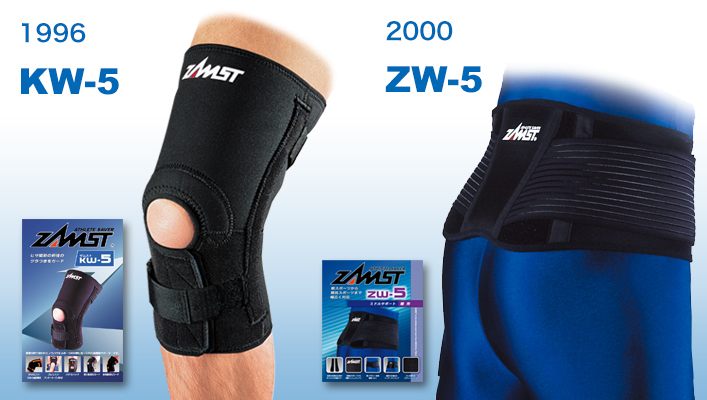 Launched the 4th generation of “A2” and white color officially becomes available.

The 4th generation of “A2”, a flagship product of Zamst was launched. White color became a hot topic due to its rarity. Broadened target sports by launching the products for elbow and wrist.

Broadened target sports by launching the products for elbow and wrist.

Zamst users playing racket sports such as tennis and badminton were increased after launching the products for the elbow and wrist. 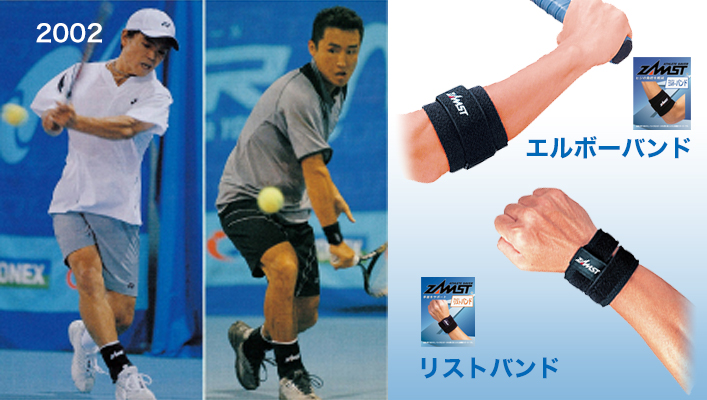 Our lineup and services have been broadened from “supports” to “functional apparels”, “care and support” to “conditioning and performance”. We enhanced product promotions not only the conventional users but also the users who enjoy sports in daily life such as runners.

We broadened our lineup by adding functional apparels dedicated to improvement of condition and suppression of impaired performance, on our conventional support lineup dedicated for post-injury support and injury prevention. We were able to gain new customers. Development and launch the products for children.

As we wished growing children to play the sports safely and tremendously, we developed the products designed specifically for children and launched as Zamst Jr. series with five products: wrist, knee, ankle and two types of icing products. 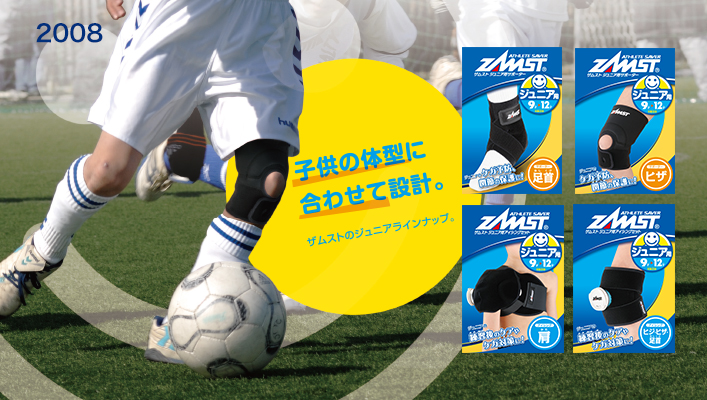 NEXT STAGE: The 2nd generation of brand logo and brand message.

We renewed our brand message to make it more familiar to more customers other than top athletes. We strived to enter new territories by launching the first-ever functional apparel in Zamst history.

Renewed our brand logo and message.

We renewed the brand logo as the 2nd generation design. Changed the brand slogan from “ATHLETE SAVE” to “Pleasure of playing sports with you”. 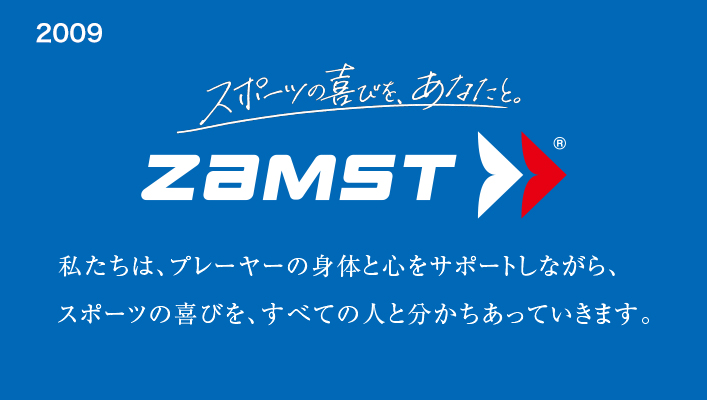 Launched the “Z series”, the first-ever functional apparel in the history of Zamst.

We launched the first-ever functional apparel supporting not only the single joint but also running posture. “Z-20” for training purpose and “Z-0” for recovery purpose were sold throughout Japan. 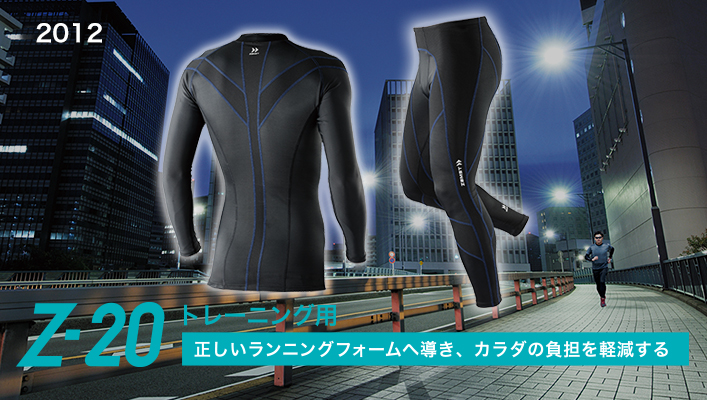 We developed the ankle support “FILMISTA ANKLE” designed mainly for soccer. Its basic concept is “the product that can achieve stability of the ankle without interrupting sensitive ball control of the soccer players”. It has been highly recognized by our customers since its launch and achieved ISPO Award. 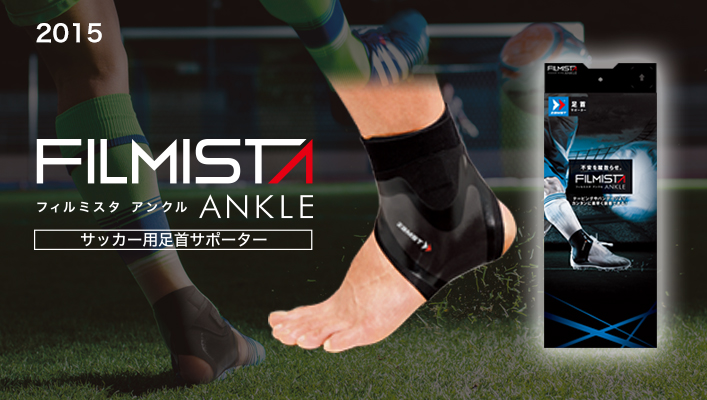 With aiming to approach the foot that supports holistic movement as a base of the body, we developed and launched “Footcraft”, functional insoles designed based on orthopedics and sports medicine, our roots. 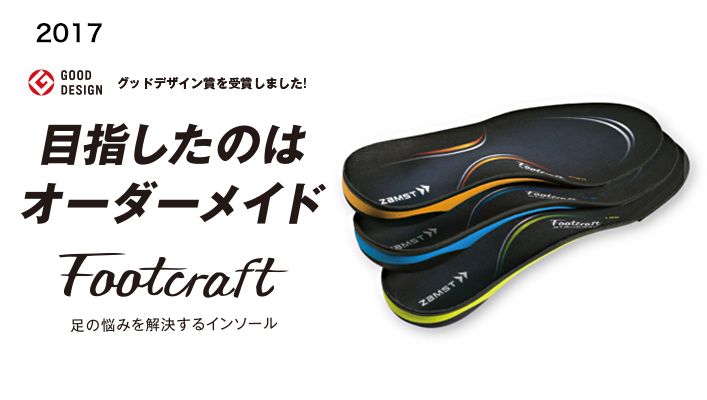